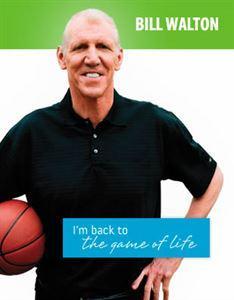 Hall of Fame basketball player and television analyst, Bill Walton, is a Nuvasive Better Way Back Advocate. Bill suffered for years from severe chronic back and leg pain. More than 34 years ago he injured his back while playing a basketball game at UCLA. He had suffered with this pain tremendously all these years UNTIL he found the XLIF surgery at age 56.

Since Bill had his XLIF surgery, he has gotten his XLIF back. Since then he has joined The Better Way Back team as a spokesman and continues to be a powerful motivational speaker. He regularly shares his story with others suffering from back and leg pain all around the country in an effort to help them understand that relief is an option. It's called the Better Way Back and it worked for Bill Walton, and it can work for you!

We are pleased to provide patients with secure, 24/7 access to their health records through Spine Pain Be Gone. Patients can safely and easily:

We accept Medicare and most Medicare Replacement plans. Call us to find out more 210-672-2812

Call to request a free review of your MRI or CT scan today!