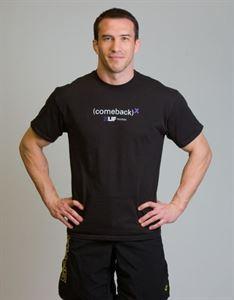 Nate "Rock" Quarry is used to big punches and painful pursuits. In fact, it was part of his job title as a professional MMA athlete! As a stand out fighter for years all around the world, Nate found himself facing a new fight. One that he wasn't sure how to control or how to relieve his awful back pain. That was until he found the Better Way Back, and the XLIF procedure.

His budding career in MMA fighting was threatened by post-traumatic degenerative disc disease. he sought treatment and had one level XLIF procedure done. 3 months later he was back to training as hard as he ever was, and only 15 short months later accepted and fought again in the octagon! Since his XLIF procedure he has fought more than ten fights and speaks regularly for The Better Way Back.

Nate is now retired, but speaks through-out the year around the country for Nuvasive and Better Way Back. 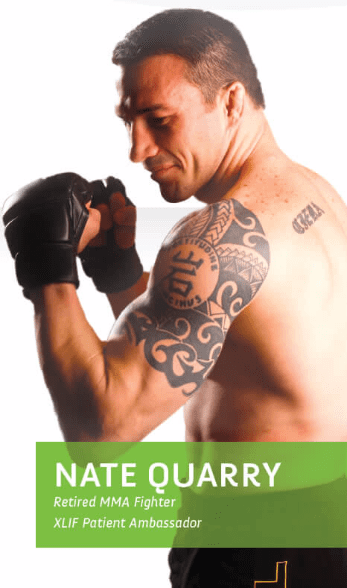 We are pleased to provide patients with secure, 24/7 access to their health records through Spine Pain Be Gone. Patients can safely and easily:

We accept Medicare and most Medicare Replacement plans. Call us to find out more 210-672-2812

Call to request a free review of your MRI or CT scan today!