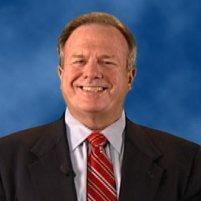 Herniated discs are common causes of local and radiating pain in the neck, back, arms and legs. As a leading spine specialist in San Antonio, TX, Dr. Guy Fogel is skilled in treating herniated discs in patients at Spine Pain Be Gone Clinic, using both nonsurgical and surgical approaches for the best possible results.

What is a herniated disc?

Discs are spongy, resilient structures located between each pair of vertebrae that provide flexibility and protection to the spine. Each disc is composed of a tough outer ring called the annulus fibrosus and a gel-like interior called the nucleus pulposus. Sometimes, these discs can slip out of place and become “pinched” between the outer edges of the vertebrae. When the disc slips out of place, it can irritate nerves as they exit the spine, resulting in localized pain and pain that radiates along the length of the nerve pathway. In severe cases, the disc can rupture, releasing some of the gel-like interior and increasing irritation and inflammation at the site of injury. Herniated discs are sometimes referred to as bulging discs.

What causes discs to become displaced and herniated?

Disc displacement can occur for different reasons, including traumatic injuries from falls or car accidents and repetitive use or overuse injuries. Poor posture, long-term use of high heels, sleeping on an unsupportive mattress and sitting hunched over a computer or other electronic device can also cause discs to move out of their normal alignment. Sometimes, discs can become herniated as a result of underlying spine diseases like spondylolisthesis, which causes one disc to slip forward over another. Being overweight or obese can also increase the risk of developing a herniated disc.

How are herniated discs treated?

Often, herniated discs can resolve on their own with rest, physical therapy and use of injections near the site of the injury to reduce pain and inflammation, allowing the disc to return to its normal position. Lifestyle changes like losing excess weight and improving ergonomics at work can help reduce recurrence. When these conservative approaches fail, minimally-invasive or traditional surgical procedures may be needed to remove all or a part of the disc or to fuse the spine to provide added stability. Surgery is only performed when more conservative approaches like physical therapy and injections have failed to achieve long-term, meaningful relief of symptoms.